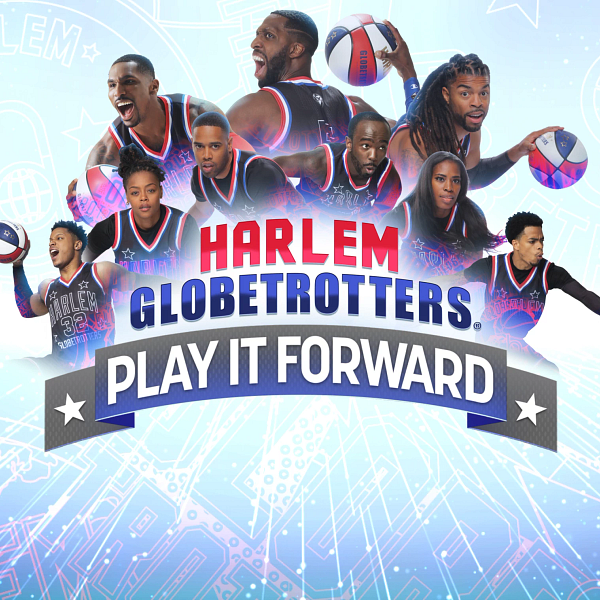 The 30-minute weekly series, debuting Saturday, October 1 at 11 a.m. ET (times may vary; check local listings) on NBC’s “The More You Know” programming block, marks a return of the Harlem Globetrotters in a weekly television show after more than 40 years. The educational/informational series will also be available on NBC.com and NBC VOD, with repeat airings on Telemundo, and will be hosted by actor/comedian Craig Robinson, best known for his roles in The Office, The Masked Dancer, The Cleveland Show, Brooklyn Nine-Nine, Killing It on Peacock and numerous hit feature films.

“Many of us grew up watching and admiring the Globetrotters,” said Frank Biancuzzo, HMPG president. “They are magicians on the basketball court and true role models in the community. We’ll bring that compassion, energy and excitement to the new weekly series.”

Harlem Globetrotters: Play it Forward will showcase the players’ achievements both on and off the court as ambassadors of goodwill. Each episode will focus on true inspirations and interests of many of the Harlem Globetrotters including space exploration with NASA, financial responsibility and literacy, urban farming, female empowerment, digital technology, innovations that the Harlem Globetrotters brought to the game of basketball, and much more. In recent years the team’s initiatives have included the anti-bullying campaign T.E.A.M. Up, for Talk, Empathize, Ask, and Mobilize; and Hoops for the Troops performances at military bases. For the new series, in each city they visit the players will explore ways to help the community through volunteerism, fund raising, and one-on-one connections.

“The Harlem Globetrotters have been entertaining fans and spreading Goodwill around the world for almost 100 years,” said Keith Dawkins, President of Harlem Globetrotters & Herschend Entertainment Studios. “Our return to network television, via our partnership with Hearst Media Production Group and NBC, marks a critical step in the evolution of our brand and in realizing our desire to expand our reach with a new generation of fans.”

The Globetrotters were founded in 1926 by sports agent-turned coach Abe Saperstein as the Chicago Globetrotters, becoming the Harlem Globetrotters in 1929. Diversity, equity, and inclusion are the backbone of the brand’s DNA and were created as an answer to African American basketball players who struggled to find acceptance and inclusion in many professional touring leagues across the country. Legendary Globetrotters over the decades have included Fred “Curly” Neal, who is memorialized in the team’s 2022 tour; Meadowlark Lemon; and legendary NBA great Wilt Chamberlain. Today’s roster welcomes male and female players from all over the country. The team made history in 1985 when they selected Lynette Woodard, captain of the gold-medal-winning 1984 U.S. Olympic women’s basketball team, as their first female player. The Harlem Globetrotters continue to make strides and break down barriers, finding and showcasing the very best in all of its players.

Hearst Media Production Group (HMPG), a business unit of Hearst Television, is an independent producer and distributor of original programming for TV stations, broadcast and cable networks and streaming services. HMPG produces hundreds of hours of programming annually across linear, streaming, digital and social media platforms for domestic and international distribution in nearly 100 countries. Its popular shows include “Matter of Fact with Soledad O’Brien,” America’s #1 nationally syndicated public affairs news magazine; the Emmy Award-winning educational/informational (E/I) programming blocks airing weekends nationwide including “Weekend Adventure,” on ABC stations; “CBS Dream Team,” on the CBS Network; “The More You Know,” on the NBC Network; “One Magnificent Morning,” on The CW Network; “Mi Telemundo” on the Telemundo Network and “Go Time!” on independent stations. HMPG also distributes a diverse slate of other programming and content including “Law&Crime Daily,” “Prime Crime,” “Consumer Reports TV,” and the company’s dedicated FAST channels “Xplore” and “The Jack Hanna Channel,” available on some of the most popular smart TVs and streaming platforms.

About the Harlem Globetrotters

The World-Famous Harlem Globetrotters are THE originators of basketball style, captured by dynamic athletes with unmatched skills and influencers of today’s game. The team has showcased their iconic brand of basketball in over 124 countries and territories across six continents since 1926. Proud inductees into the Naismith Memorial Basketball Hall of Fame, their mission continues to advance the game of basketball and deliver exciting and interactive entertainment to the world. If you have ever seen a jump shot, slam dunk or a half-court hook shot, you have witnessed the creative moves made famous by the Globetrotters. The Harlem Globetrotters International, Inc. is a subsidiary of Herschend Enterprises, the largest family-owned themed entertainment company in the U.S.